By Allah, I will not leave him for anyone! 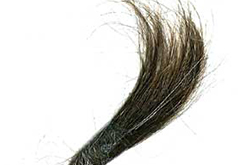 Jarir ibn ‘Abdullah al-Bajali (may Allah have mercy on him) reported that in a battle there was a man with Abu Musa al-Ash’ari (may Allah be pleased with him) who was very brave and damaging against the enemies.

The man took the letter to Abu Musa. The people said, 'Forgive him.'
The man said, 'By Allah, I will not leave him for anyone!'

When Abu Musa sat down for him to exact revenge, the man looked up at the sky and said, 'O Allah, I have forgiven him.'

From this story we can see the sheer amount of justice which is given to people in Islam, that even one of the commanders of the ruler is not exempt from being punished if he has wronged someone.
Modern Non-Fiction Fiction Allah Patience Wealth Money Historical Classic Death Life Children Sin Repentance Regret Strength Debt Pain Niqab Hijab Grave Afterlife