The Sin That Led To His Repentance 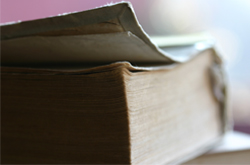 A righteous man was once asked to tell the story of the pivotal moment of his life, the moment in which he first began to apply the teachings of Islam, and the following was his answer: When I was a young man, I would not hesitate to perpetrate any sin that was made available to me. Then, one day, I saw a young woman who was perhaps the most beautiful woman I had ever seen. Much tempted by her, I indicated to her that I wanted her to approach me. She seemed nervous, but I thought that she would probably agree to satisfy my sexual desires for money. She approached me with what seemed to be a great deal of apprehension, and when she actually stood before me, she looked extremely terrified.

Feeling sorry for her, I said, 'Do not fear, for I will not harm you.'
But my words did not lessen her terrible fright in the least; in fact, her situation worsened. She began to tremble like a palm tree leaf trembles with the wind.

I said, 'Tell me your story.' She said, 'By Allah, o my brother, never before this day have I offered my body in this way. Dire need is what has driven me to this, for I have three daughters who have not eaten a single morsel of food for three days now. It was pity for them that brought me to this low point in my life.'

For the first time in my life, I felt pity; her story moved me, and I no longer entertained the intention of taking advantage of her. After she told me where she lived, I took a great deal of money, clothing and food to her house. When I returned to my house, I told my mother what had happened.

My mother knew that I had a book in which I would record all of my evil deeds, and so she said to me, 'My son, you are a man who has never performed a good deed except for the good deed that you performed today. I know that you have a book in which you record your evil exploits, go now and write in it your good deed.'

I stood up, went to my book, opened it, and found that all of its pages were blank- except for the first page on which was written a single line.

At that very moment, I raised my hands to the sky and said, 'By your Might and Majesty, never again will I disobey You.'"

From this story we learn that a person can change at any point in their life, even if they seem to be some of the worst of people, hope should always remain in our hearts for them. We are also reminded of the blessings of Allah in which He causes our good deeds to be a cause of removing our past evil deeds as is mentioned in the hadith of the Prophet Muhammad (May the Peace and Blessings of Allah be upon him) in which he said: “And follow up a bad deed with a good deed and it will wipe it out.” (al-Tirmidhi)
Modern Non-Fiction Fiction Allah Patience Wealth Money Historical Classic Death Life Children Sin Repentance Regret Strength Debt Pain Niqab Hijab Grave Afterlife