If You Really Want To Disobey Allah... 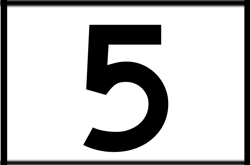 It is reported that a man once went to Ibraaheem ibn Adham and said,
"O Abu Isḥaaq, I continually wrong my own self, and I turn away from everything that invites me to improve my way of life."

The man exclaimed, "Tell me those conditions"

Ibraaheem said, "As for the first, if you want to disobey Allah, then do not eat from His sustenance."

The man said, "What then will I eat, for everything on the earth is from His sustenance?"

Ibraaheem said, "Listen! are you being sensible when you eat from His sustenance while you are disobedient to Him?"

The man said, "No. What is the second condition?"

Ibraaheem said, "If you want to disobey Allah, then do not live in any of His lands."

The man said, "This is even worse than the first. All that is in the East and West belong to Him. So where then will I live?"

Ibraaheem said, "Listen! if you insist on disobeying Him while you eat from His sustenance and live in His lands, then at least look for some spot where He cannot see you, and disobey Him there."

The man exclaimed, "O Ibraaheem! how can I do that, when He even knows the deepest secrets that are in the breasts of men? What is the fourth condition?" he asked desperately.

Ibraaheem said, "When the angel of death comes to take your soul, then say to him, 'Give me some respite, so that I can repent sincerely and perform good deeds.'"

The man said, "When the time comes, the angel will not accept that plea from me."

Ibraaheem said, "Listen! if you cannot put off death in order to repent, then how do you expect to be saved?"

The man asked, "Tell me the fifth condition."

Ibraaheem said, "When the guardians of Hell-fire come to take you away on the Day of Resurrection, don't go with them"

The man exclaimed, "They won't let me go!"

Ibraaheem asked, "Then how do you expect to be saved?"

The man replied, "Stop, stop! that is enough for me. I ask Allah to forgive me and I indeed repent to Him."

The man then dedicated his life to the worship of Allah from that day.

This story presents us with 5 conditions that if we fulfil them then we can be free to commit sin. However it soon becomes obvious that every condition is impossible to fulfil and therefore we should avoid sin to the best of our ability.
Modern Non-Fiction Fiction Allah Patience Wealth Money Historical Classic Death Life Children Sin Repentance Regret Strength Debt Pain Niqab Hijab Grave Afterlife