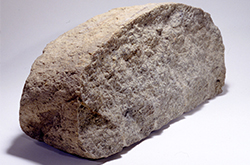 A man who liked to argue simply for the sake of an argument, decided to enter into a debate with Imam Shafi‘i.

So the man said, "O Imam, how can the Devil be created from fire and at the same time be punished by Allah with fire?"

Imam Shafi‘i smiled. He then extended his hand to the ground and took a rock made from dry clay, which he threw at the man. It struck the man on the face, which he contorted, indicating both his pain and anger.

Imam Shafi‘i calmly said, "Has it hurt you?" He responded in anger, "Yes, it has hurt me." Imam Shafi‘i continued and asked the man, "How is it that you were created from clay, and it was clay that made you feel pain?" The man did not answer, but he immediately grasped that the Devil was made from fire and that Allah could punish him with fire.

From this story we are taught an answer to a common question from the Muslims, that how can the Devil/Jinn be punished by fire when they were created from fire. Imam Shafi'i gave a practical response in the story to show that Allah can punish us with the very thing that we're created with.
Modern Non-Fiction Fiction Allah Patience Wealth Money Historical Classic Death Life Children Sin Repentance Regret Strength Debt Pain Niqab Hijab Grave Afterlife