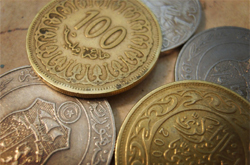 Ar-Rasheed, a first century ruler, once said to al-Fudayl ibn ‘Iyaad, "Admonish me."

Al-Fudayl said, "O Leader of the Faithful! Indeed your grandfather, Al-‘Abbaas, the uncle of the Prophet (may the peace and blessings of Allah be upon him), once went to the Prophet and said, 'O Messenger of Allah, appoint me to be a leader.' The Messenger of Allah said, 'My uncle, indeed, being a leader leads to sorrow, and regret on the Day of Resurrection. If you are able to go without ever being a leader, then do so!'"

Ar-Rasheed was moved to tears, he said, "Give me more."

Al-Fudayl looked at Ar-Rasheed and said, "O one who has a handsome face, if you are able to protect that face from the Hell-fire then do so. And beware of ever cheating or betraying your people."

Being much moved by Al-Fudayl's words, Ar-Rasheed wanted to reward him. Ar-Rasheed asked, "Do you have any debts?"

Al-Fudayl said, "To my Lord, yes, and He will hold me accountable for them."

Ar-Rasheed said, "I am of course referring to debts to other human beings."

After Al-Fudayl answered in the negative, Ar-Rasheed said to one of his assistants, "Give him 1000 dinars, which he can use to help his family."

Al-Fudayl was greatly offended by these words and said, "SubḥanAllah! (How perfect Allah is) I am guiding you to safety and you want to reward me with this paltry, worldly sum!"

He then left, having refused to take anything.

From this story we can learn some of the characteristics of a good ruler, one being that they kept the scholars close for advice and they were open to that advice. We also learn that if one can avoid being a leader then they should avoid it as mentioned in the hadith within the story. We also learn of the sincerity of Al-Fudayl in which he wanted to give advice purely for the sake of Allah and not for any wordly gain and that he valued knowledge of the hereafter far more than material possessions.
Modern Non-Fiction Fiction Allah Patience Wealth Money Historical Classic Death Life Children Sin Repentance Regret Strength Debt Pain Niqab Hijab Grave Afterlife