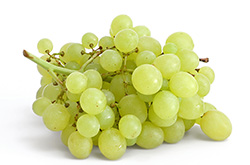 There was a man who had a very lazy servant. One day, he sent him (servant) to buy grapes and figs, and he took so long in returning from the errand that the master's patience was running out.

The servant finally came, but he only brought one of the two items that he was originally commanded to bring. The master beat him and reproached him severely and said, "When you go out to do something, you will be more productive if you try to do another task at the same time." Some days passed and the master became sick, so he ordered his servant to bring a doctor. He took a long time to return, and when he finally did return he brought with him a doctor and another man as well. His master asked about the other man and the servant said, "You beat me and ordered me to do two things instead of one at a time, saying that it would be more productive. So, I came to you with a doctor, and if Allah cures you, then that is fine; otherwise, this other man will dig for you your grave, for he is a grave digger!"
Modern Non-Fiction Fiction Allah Patience Wealth Money Historical Classic Death Life Children Sin Repentance Regret Strength Debt Pain Niqab Hijab Grave Afterlife